The best part about small-town living is the eccentric traditions. Those bizzare events that coalesce out of old habits and morph into something unique. Everybody has a good time, and while most new participants don't know how the tradition started in the first place, it's the evolution of the thing that's the most fun.

Every year in midwinter, the entire hearty population of Laramie and surrounding towns descends on Centennial, Wyoming, population 270. Centennial is six buildings on the side of a highway, right at the base of the Snowy Range. The whole town shuttles up in pickup trucks to where the plowed road ends in the mountains and skis back to to town, mostly with a beer in hand. Costumes are highly encouraged. There are bonfires and roasting hot dogs, and eventually everyone glides with gravity back to Centennial where the town's one pizza oven pumps out hot pies and bands play into the night.

Some people think the 'Poker Run' started as a race, some as a poker game, some as both. Whatever it's origins, everyone agrees that by the time February rolls around in a small town on the high plains, after three months of cold temps, snow, and bludgering winds, a little mid-winter celebration is due. 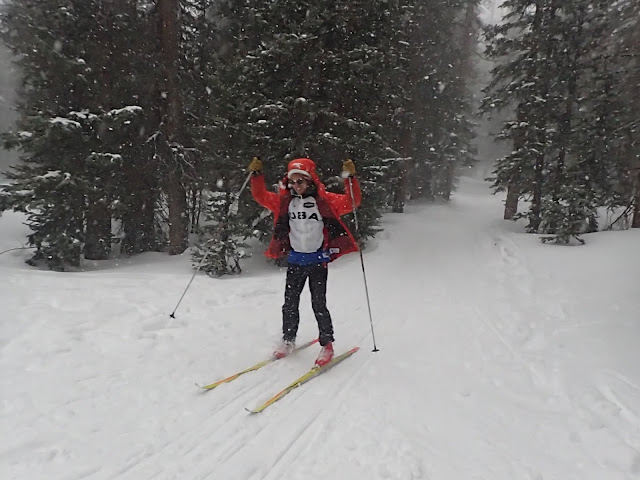 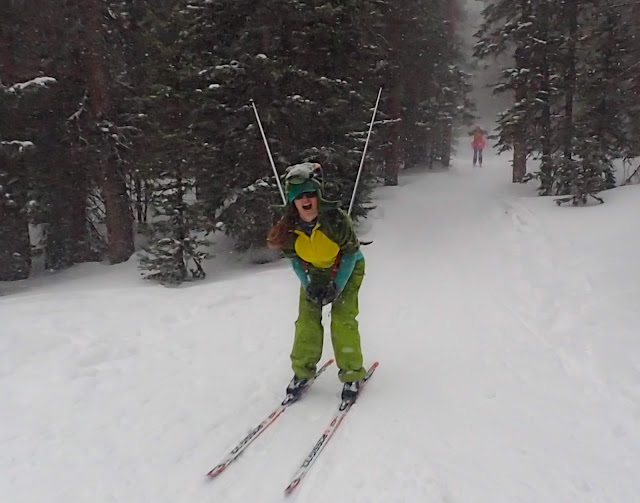 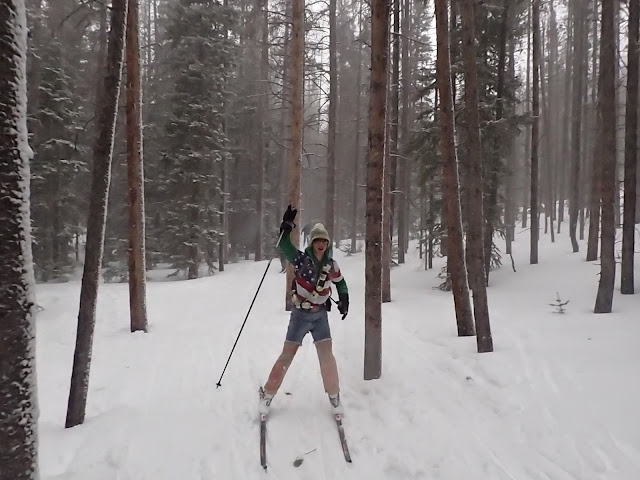 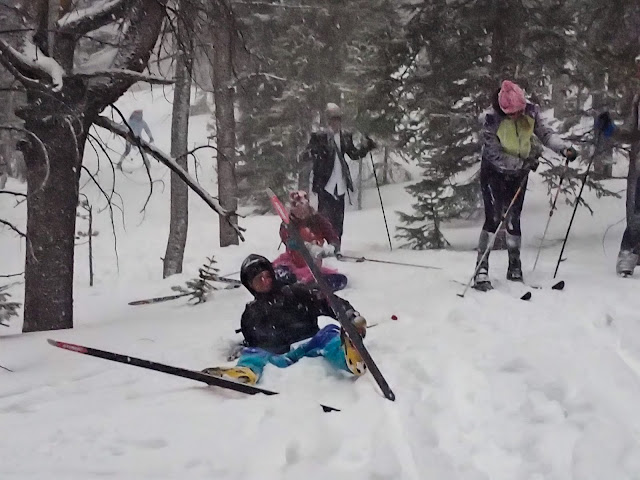 Skate skis on a narrow trial choked with snowshoers: this happens a lot. 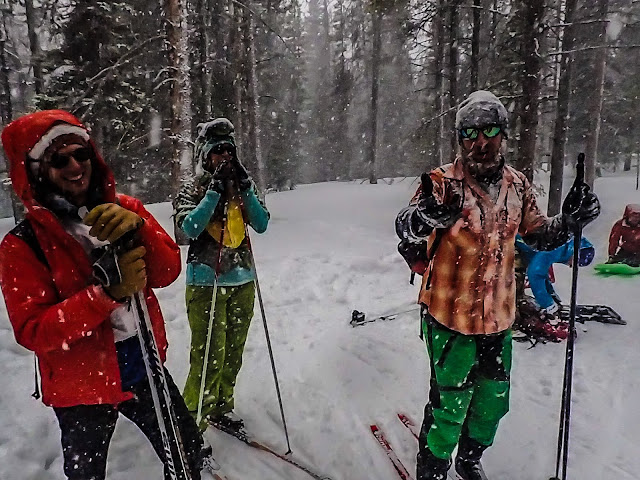 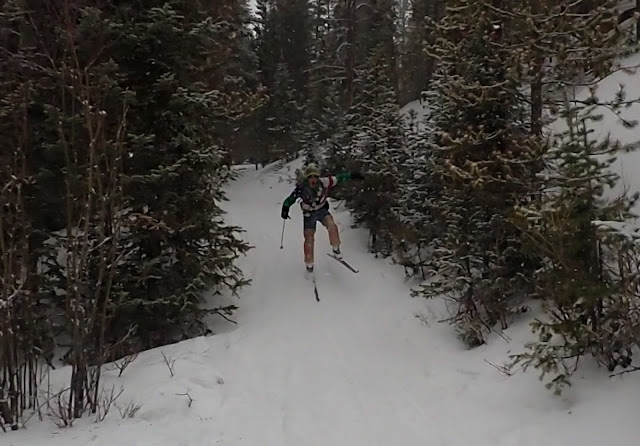 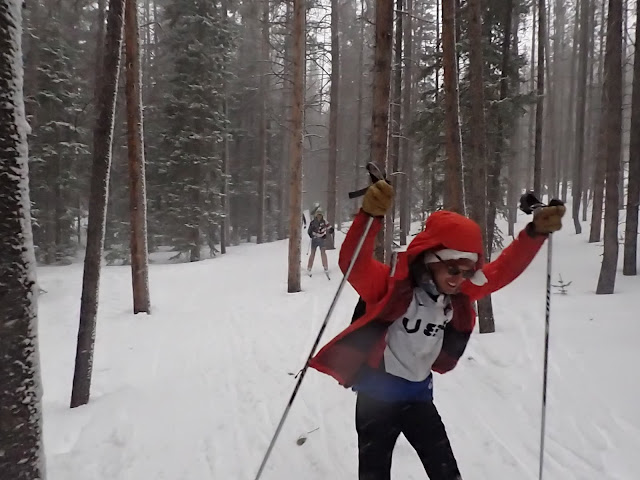 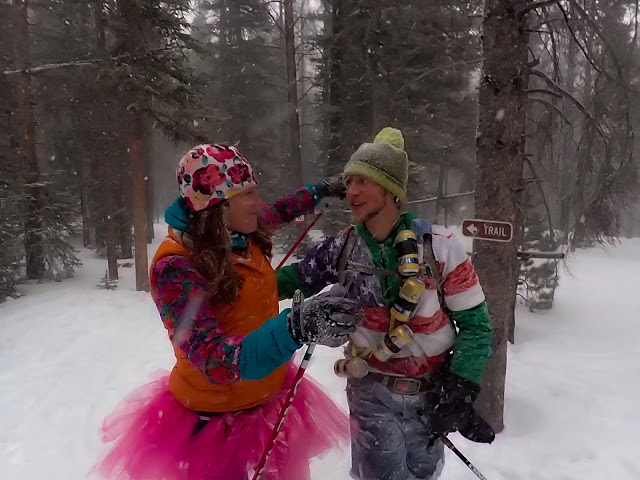 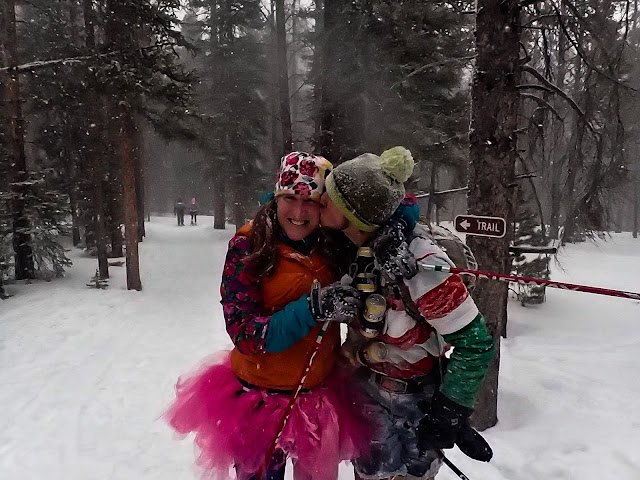 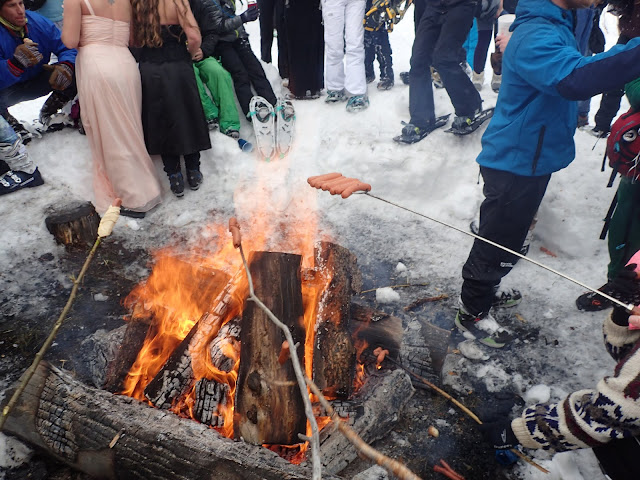 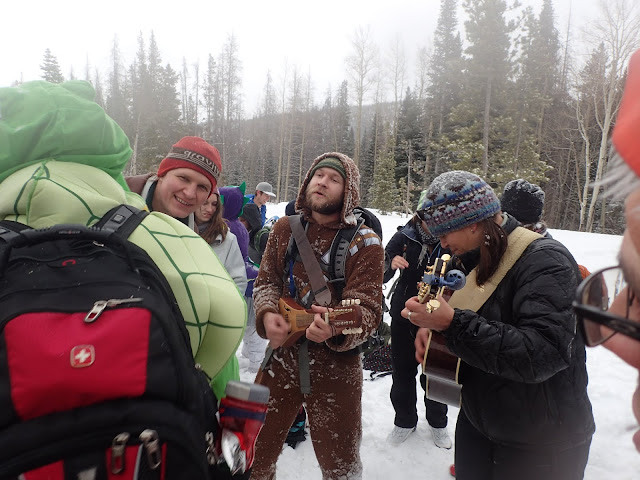 Picking blugreass by the fire in a bear suit 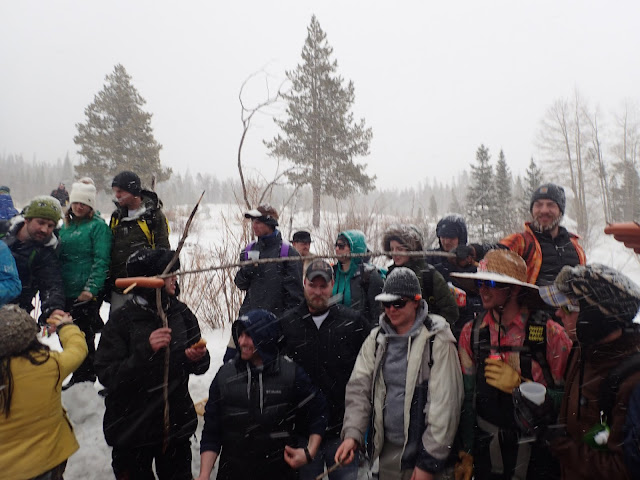 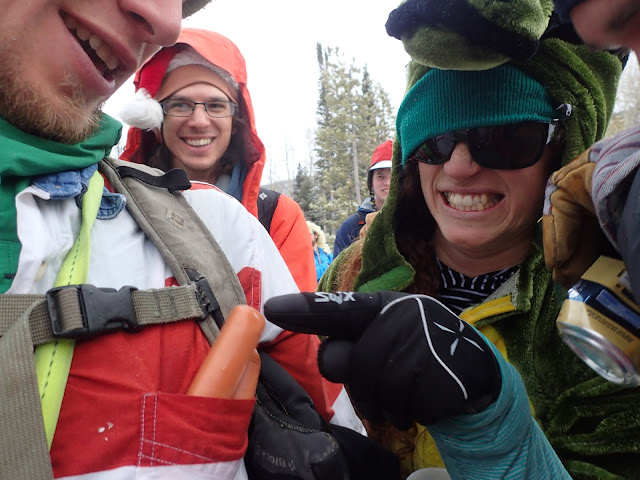 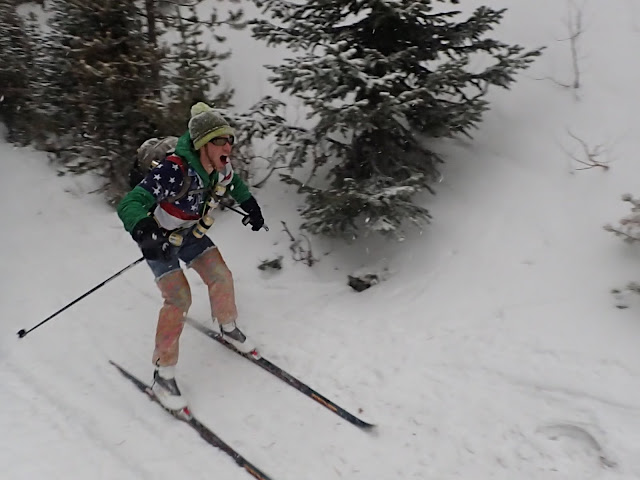 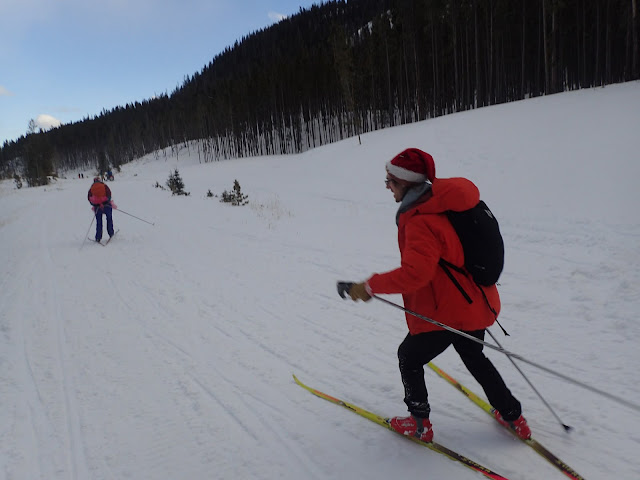 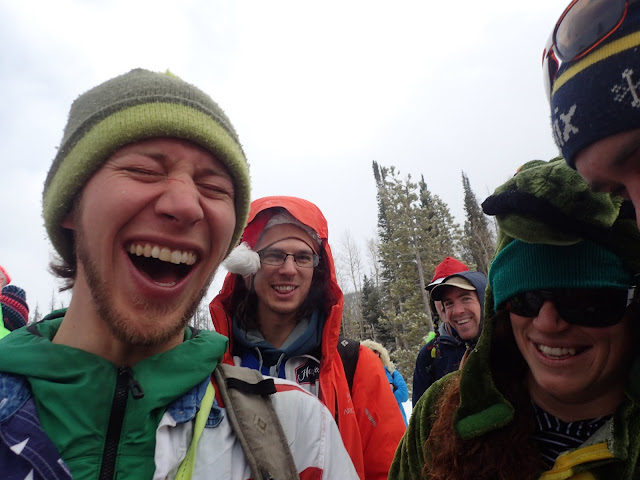 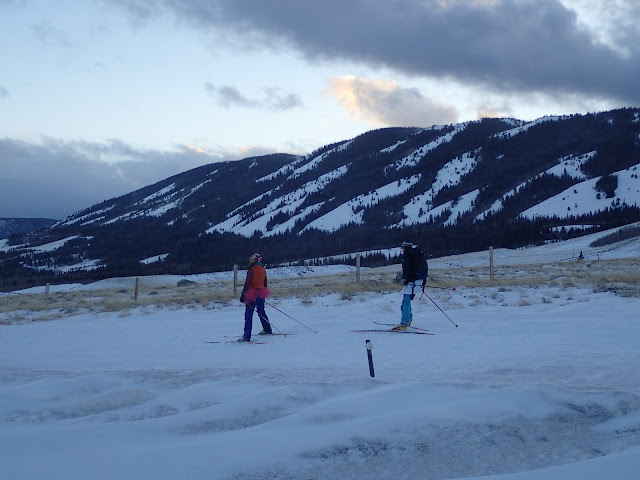 Drew Thayer
We may merely be upright apes with awkward body-hair patterns and big, clever brains that tend to tie us up in worried knots, but look at the groovy stuff we can do on the loose in this wild world! Why not get psyched?